I know a lot of us are trying to take advantage of the weather and will be working all day today, but just in case you or members of your family are able to take a break and celebrate I thought I’d post a few articles on some 4th of July safety topics.

Fireworks are probably one of the biggest hazards of the 4th. They can be a lot of fun, but they are basically small explosives so it’s important to handle them carefully. If you’re planning on including fireworks in your celebration, check out these safety tips from the national safety council.

Another common problem people encounter while celebrating the 4th is food borne illness. With hot temperatures and many people eating outside, it’s easy for perishable foods like potato salad or cream-based dips to go bad, plus with so many people involved in prep it can be hard to know if everything was prepared safely in the first place. Having a thermometer handy can be a big help since it can be hard to tell just by looking if foods are being kept at the proper temperature. Check out the article by Food Safety News for more tips!

A third major safety concern on the 4th is water. A lot of people use the time off to hit the pool, go to the beach, or even take a boat out on the water. Large crowds make being in the water even more hazardous than usual. Also, given how the weather has been lately be extra careful about water quality if you’re swimming in a natural body of water, especially if it’s a pond or creek at home that isn’t being tested. There have already been several people this year who have gotten seriously ill from bacteria and toxic algae in the water. Here is an extensive article by the Red Cross that sums up some of key tips for staying safe in the water. The second article is from Country Living and gives some advice on how to tell if a pond is safe for swimming.

Finally, a lot of the country is supposed to have temperatures in the 90’s today. While heat can be a problem throughout the summer, I think people have a tendency to ignore some of the signs of heat-related illness and don’t pay as much attention to using sunblock when they’re having fun. Here is a list of things from Love to Know to keep in mind when you’re spending time out in the sun:

Hope everyone gets to take at least a little bit of a break today and remember to celebrate safely!

Today’s article from the Pennsylvania Department of Agriculture is about keeping pets and livestock safe in summer heat, and how to spot signs of trouble.

I took road trip vacation through most of the Southwest a few weeks ago and one thing I noticed that was different from farms further north is that a lot of the livestock operations had cooling stations, which were open buildings with built in sprinkler systems that provided shade and water cooling.  I also saw a fair number of pastures that were using irrigation systems to help the grass grow and to keep the animals cool. Temperatures were already over 100 degrees so I’m sure they appreciated it!  I couldn’t tell for sure from a distance, but it looked like they might have been using small-droplet style sprinkler heads to try to minimize water use too.

Another thing I want to mention is to be particularly careful shipping hogs in summer heat. I’ve already heard a couple of stories this summer of hogs dying in transit in hot weather. One girl lost all of her 4H show pigs on the way to the fair a few days ago.  Traveling in hot weather it tough on all animals, but hogs seem to have the most difficulties.

Keep cool out there, and have a great weekend! 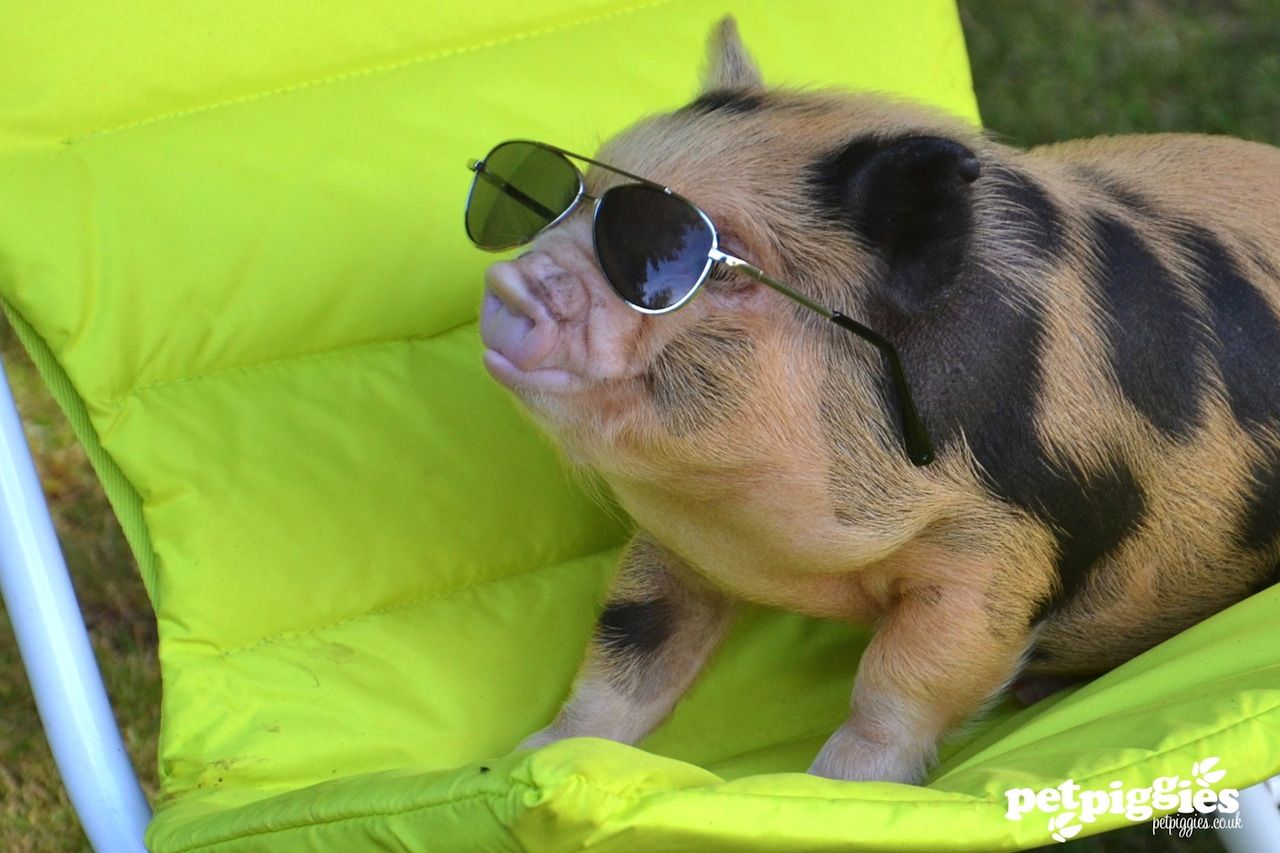 It’s that time of the summer where everyone is putting up hay, so I thought I’d share some baling safety tips. Whether you do small squares, big squares, round bales, or silage it can be a particularly dangerous job. The article from MyFarmLife.com is mostly about avoiding machinery hazards like spinning PTO shafts, stored energy in flywheels, and rollover hazards while moving bales. I’d also like to add a few  suggestions specific to baling and unloading small squares that have come up in my personal experience.  Having spent many hours loading and unloading hay, and having experienced several injuries in the process here are a few things to look out for:

-Climbing on and off of moving wagons while loading is particularly risky.  There are lots of hidden bumps and holes in fields so it’s easy to fall or to twist an ankle or knee, plus there is a risk of being run over if you fall.  Stopping when someone needs to get on and off a wagon takes less than a minute and it’s much safer.

-If you’re using a thrower, don’t have someone in the wagon trying to stack. The few people I know that have tried this have all been knocked over by falling bales multiple times and it’s really easy to get hurt doing it.

-Take precautions against overheating when baling and unloading in hot weather. Heat exhaustion is the most common problem I’ve seen people have when handling hay.  Be especially cautious with newer employees who might not be used to working in the heat.  Encourage everyone to take breaks as needed rather than trying to tough it out, and consider waiting until later in the afternoon to bale if it’s particularly hot out.

Click here for an article about working outdoors in summer heat

-Keep your wagons in good condition and make sure there are no holes or gaps in the floor of the wagon. Putting your foot through the floor or tripping on a gap between boards while you’re carrying a bale or two is an easy way to get hurt.

-Bale elevators are another hazard that a lot of baling safety guides seem to miss. The teeth that carry the bales can be sharp, especially if they’ve worn down over time.  The drive belt can be a hazard too, especially if the guard is missing.  It’s important to keep some space between where the bottom of the elevator sits and where people are walking or standing to load bales.  If you’re using the elevator on an incline, be sure to anchor the top and the bottom of the elevator so that it doesn’t slide down.  Try to minimize the distance the bales have to fall as they come off the end, and don’t walk under or climb on the elevator when it’s running.

-Make sure that you are using protective equipment when baling.  I have a sound meter app on my phone and the sound level of our tractor and baler was about 95 decibels, which is enough to cause damage after only a few hours of exposure.  Sun exposure is another problem. Even if you don’t burn normally, being out in the sun for hours in an open field can cause burns and skin damage.  You may also want to consider wearing a mask and/or eye protection, especially if you have allergies or are baling hay that is particularly dusty or potentially moldy.  The worst experience I’ve had farming was  an allergic reaction in my eyes from baling rained-on hay that was starting to mold. My corneas swelled and I had to spend almost a week in a dark room because I was so sensitive to light. Being aware of the environmental conditions and taking the appropriate precautions can save you a lot of trouble later on!

Those are some of the main hazards that come to mind when I think of the ways people I know have been injured while handling hay. Stay safe out there, and if I think of anything else I’ll be sure to add it to the list!

As we are (hopefully) getting into warmer weather, I thought I’d share this article from Ag Web about farming and skin cancer.  Technically this is more of a health topic than a safety topic, but some of the information in the article was surprising for me.  Skin cancer is by far the most common cancer in the US, and the two activities most associated with skin cancer are use of tanning beds and outdoor work. While 2 of the 3 most common types of skin cancer usually aren’t deadly if caught early, I think a lot of farmers wait longer than they should to get unusual skin changes checked out by a doctor.  This means that they are increasing the risk that the cancer could spread and it means that they end up needing more extensive treatment.

Click here to see the original article from Ag Web.

Wearing sunblock might be inconvenient, but it’s less inconvenient than needing multiple surgeries and regular skin monitoring if you develop skin cancer.  Even if you already have damaged skin, wearing sun block is a good idea because it prevents the damage from getting worse.  One solution that has made it easier for me to remember is to buy a bulk pack of travel-sized bottles that can clip on to a key chain.  Even if I forget it in the morning, seeing it on my key chain reminds me that I should be wearing it, and it means I always have some with me.  Other people that I’ve talked to have had good luck buying large pump-style jugs of sunblock and putting them by the door in the house, barn, and sheds. As far as type, look for SPF 30 or higher with UVA and UVB protection. Most sunblocks meet this requirement nowadays.  I’ve had better luck with the types labeled “sport” or “water resistant”.  They hold up better if you’re sweating a lot and absorb quickly so dust plant bits don’t stick to it as much.

Also for people who work outdoors, wearing a hat and having someone check your scalp for skin changes is important.  I know several people who have developed skin cancer that got to be pretty extensive before they noticed it because it was on the top of their head where they couldn’t see it.